On my way from Nashville, TN to Lexington, KY, I pass through Bowling Green, KY, which is the home of the Historic Railpark and Train Museum. The highlight of the museum is a restored train of the Louisville & Nashville Railroad, which operated trains through Bowling Green up until the 1970s. They’ve also restored the historic train depot, which now houses several exhibits about the rail line. 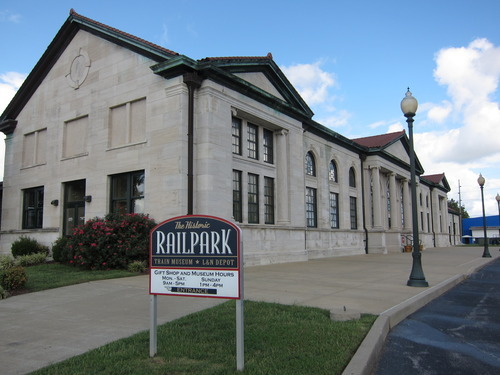 They have tons of model trains!

But why look at models when you can see the real thing? 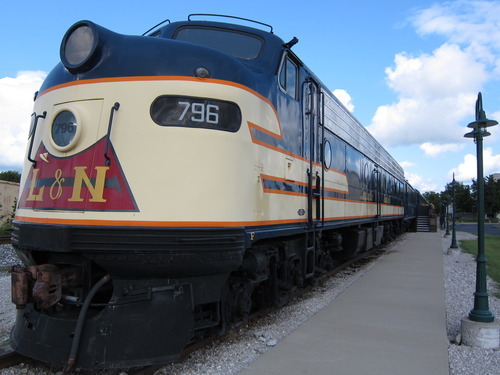 The story is apparently that the museum curators found old train cars that were abandoned in various places, and brought them back and restored them. It’s a work in progress: some of the cars are still in the process of being restored.

The first car we saw was the mail car. 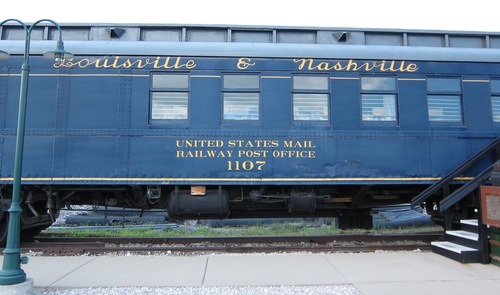 The mail car is full of sorting bins and mail bags. The postal workers would sort the mail while traveling, so that mail could be delivered at each station. They also had to protect the train car from robberies, so one of the qualifications for being a postal worker was being trained in firearms. 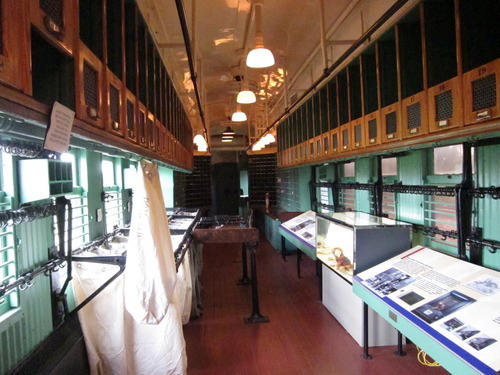 Next was the dining car and the kitchen. Apparently the food on trains used to be really good. At least according to the tour guide, the cooks were of the same quality as high-end hotel chefs. 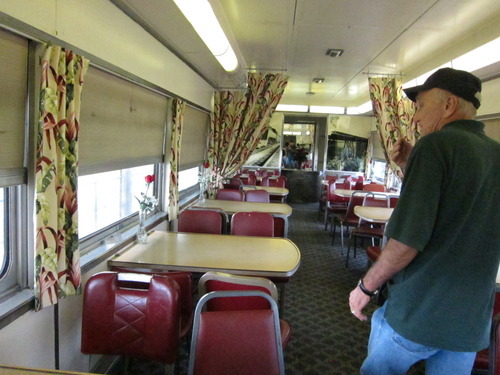 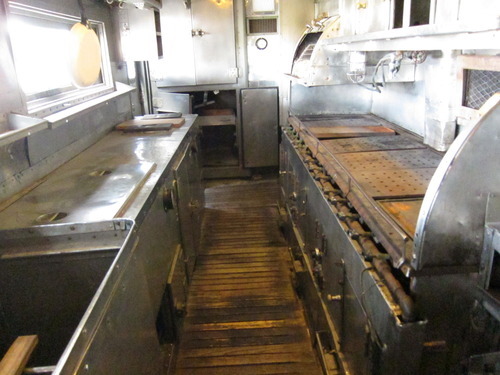 The train car was named after food critic and Bowling Green native Duncan Hines, who, the tour guide emphatically noted, was not related to the cake mix. (Wikipedia disagrees.) 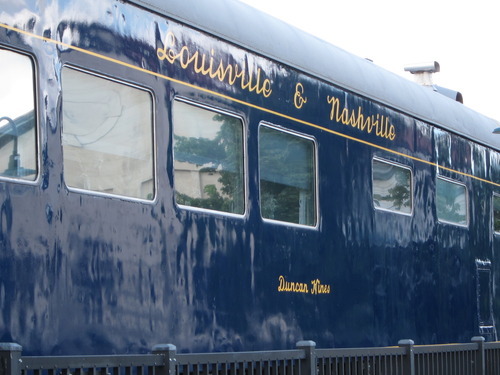 Some pieces of interesting dining car trivia. The kitchen would run out of food as the floor became covered in grease, so rather than replenishing the food supplies, the train would detach the dining car and attach a new, clean, fully stocked one. Also, the cooks came up with pre-mixed preparations to speed things up. One of those mixtures was used to make biscuits, and it made it to consumer shelves, known as Bisquick.

There was also a sleeper car (which looks pretty similar to modern sleeper cars). One interesting feature: the train wanted to keep third class sleepers from jumping over to first and second class, so the porters would tie the third class beds shut from the outside. If you were in third class and had to go to the bathroom, you had to call the porter, who would escort you to the bathroom and back.

The train company president and other dignitaries would be housed in a special car, complete with two bedrooms, a full bathroom with shower, a dining area, and servants’ quarters. 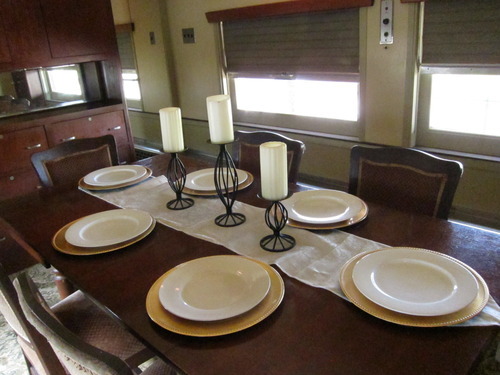 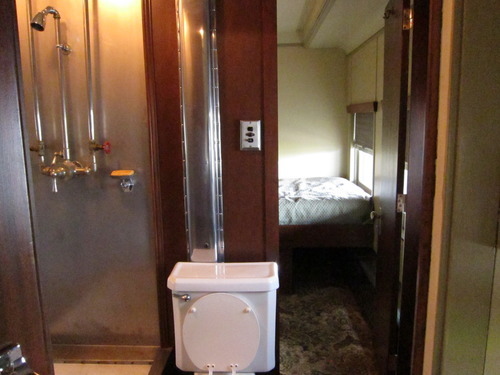 Apparently all of the fixtures and furniture are original (the dishware obviously is not). The story was that the car had been abandoned out in a field, and some hunters had been using it as an outdoor cabin when the train museum discovered it.

The museum is currently restoring three more cars: a caboose, a hospital car, and a coach car. 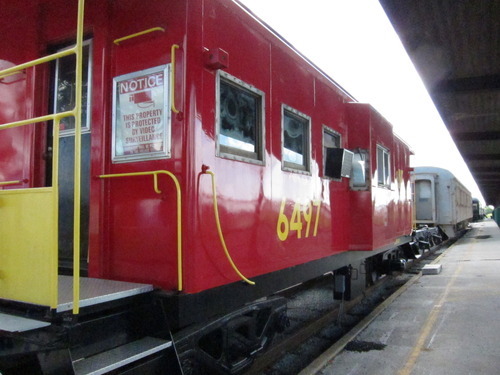 Here’s the inside of the caboose (it’s not finished yet, so this is just a photo through the window): 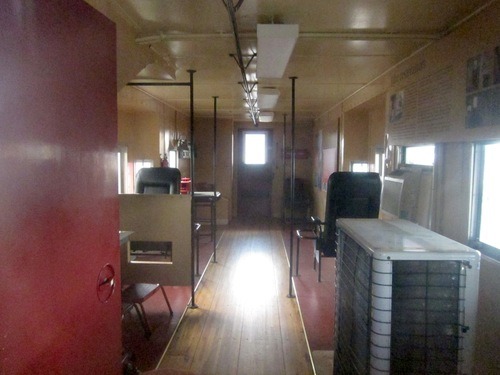 The only reason I went was that there was a sign on the highway for the train museum. The moral of the story: I will make a detour to any train museum I hear about on the road.