On the way to White Sands National Monument

It’s about a half hour drive there, and there is pretty much nothing to see on the road: 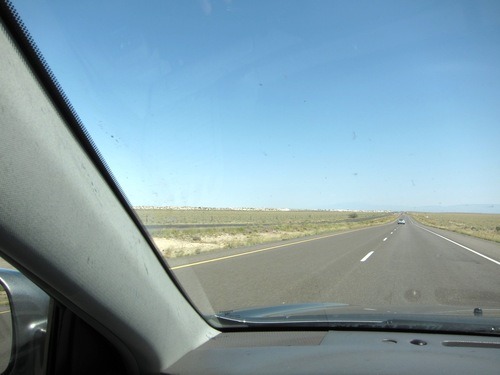 The area is a missile testing range, hope they’re not testing anything today: 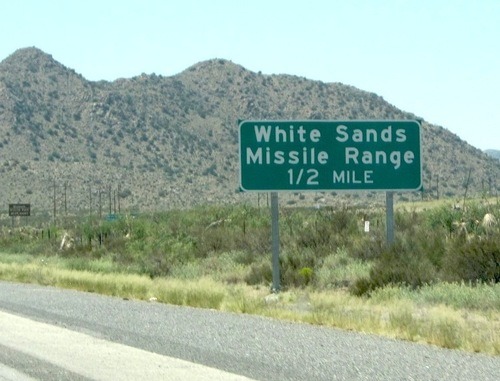 There’s a border patrol checkpoint on the way.

I’ve run into two border patrol checkpoints on my trip (the second one later, around El Paso). Basically, you wait in a line of cars, and when it’s your turn, one agent asks you a bunch of airport-security-style questions (“Are you in the US legally?”) while another one runs a drug-sniffing (or people-sniffing?) dog around the car. At least they’re pretty efficient about it.

A few miles later, and I’m finally there! 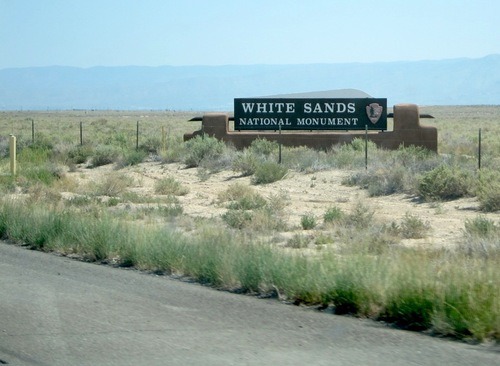