So why am I going to Lexington, KY?

About a year ago, I decided to learn to make French macarons. My research into recipes led me to a certain website run by a certain pastry chef at a certain restaurant in a certain part of the United States that I will almost certainly never have a reason to visit. Fast forward to last month: I’m planning a drive from CA to DC, probably the closest I will ever get to Lexington, and who am I to ignore the chance to have desserts made by someone who reverse-engineered Oreos?

So this leads me to a seat at the bar of Table 310 on a Tuesday night. 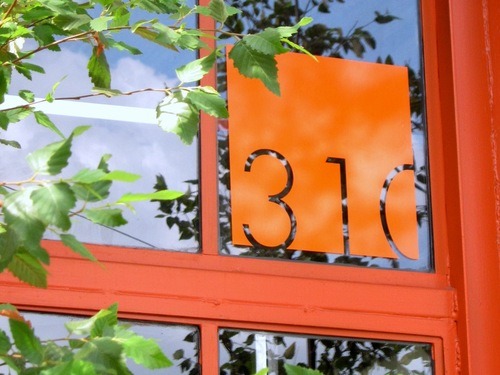 That photo doesn’t look like it was taken at night. Because it was taken the next morning. Of all days to forget my camera, I left it in the car that night.

I did the best I could, but low light and the iPhone camera are not friends.

We start off with a cucumber and tomato salad, and a scallop carpaccio. Both of which were delicious (and thoughtfully prepared by some poor cook who had to concassé all the tomatoes), and they had great colors, so the photos came out nicely! 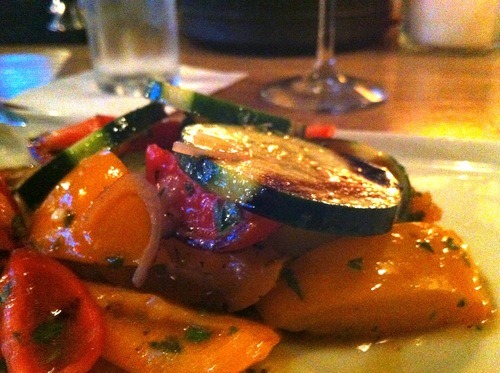 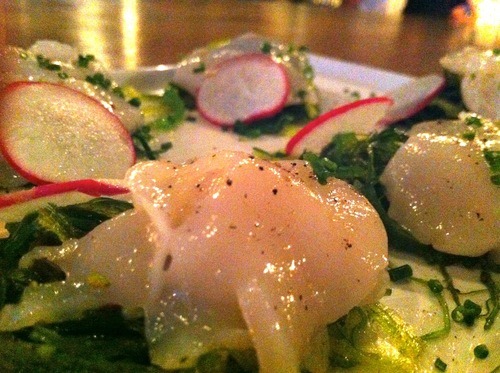 The dessert options were a trio of cookies, a panna cotta, and a pawpaw ice cream. Upon the recommendation of the bartender who was serving me, I ordered the panna cotta, which was accompanied by some poached plums and pistachio madeleines. 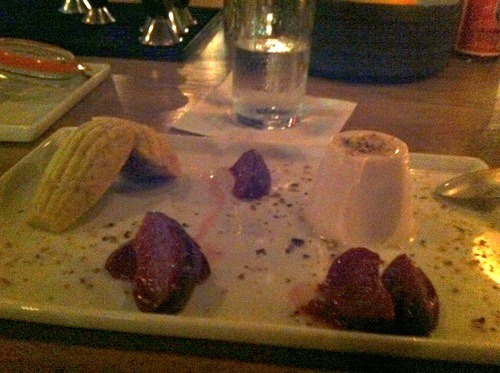 But imagine my surprise when this showed up too! 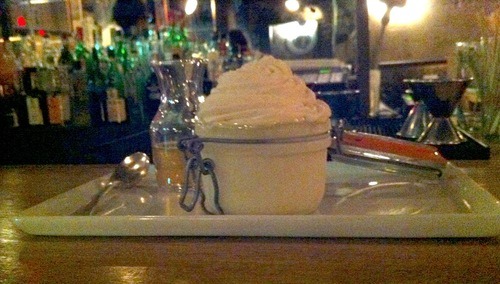 The guy in the green shirt, by the way, was the head chef.

So now I’m wondering, first, how I’m going to finish two desserts, and second, what in the world is a pawpaw ice cream. The head chef filled me in on the second of those: a pawpaw is a fruit, native to Kentucky, that tastes like a cross between a banana and a strawberry.

This really turned out to be my lucky day, because the ice cream was incredibly good, even outshining the panna cotta (which was a fine dessert in its own right, particularly with the plums). The admittedly quirky pawpaw flavor was paired with a butterscotch whipped cream (crème Chantilly, for you food snobs) and an ingenious addition of a syrup made of white and Jasmine teas.

The tea syrup, besides adding to an already complex flavor profile, provided a cleansing function much like red wine does with savory dishes. It’s something that will be appearing in my kitchen soon enough, provided I can make anything close to it.

So, it turned out, finishing two desserts was not a problem at all.

The chalkboard on the wall lists an entry: “Buy the kitchen a beer: $2.” I got them one.