Before leaving Memphis, I took a stroll through Tom Lee Park. The park is located on the riverbank of the Mississippi River, between the I-40 and I-55 bridges.

Here’s the I-40 bridge, known as the Hernando de Soto Bridge: 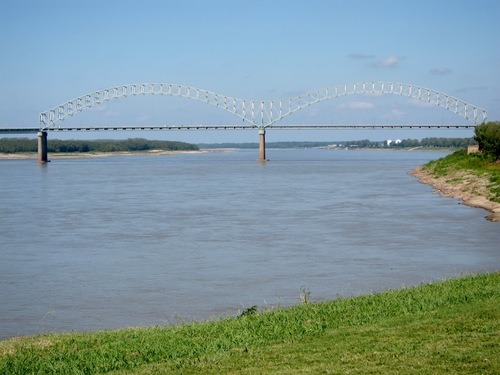 And here’s the I-55 bridge, known as the Memphis & Arkansas Bridge: 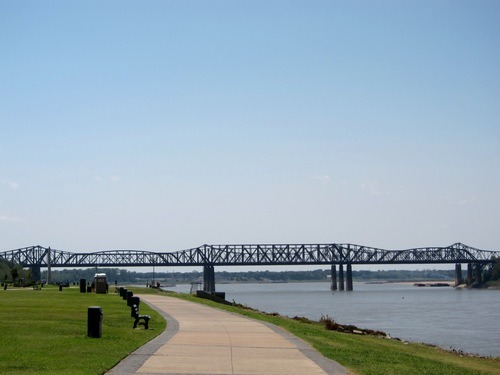 The pyramid is a bit east of the first bridge. Between them is Mud Island, which is actually a peninsula rather than an island. I wanted to go there, but when I drove into it, there was a gate that had to be opened by an attendant, and the attendant wasn’t there. 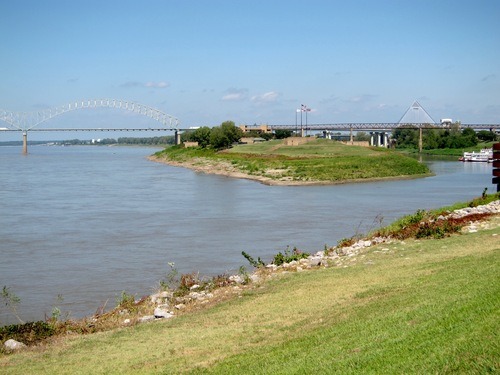 The park is named after one Tom Lee, who saved 32 people from drowning in the Mississippi in 1925. There are a statute and an obelisk commemorating him.

The park itself is basically a long walk down the riverbank. 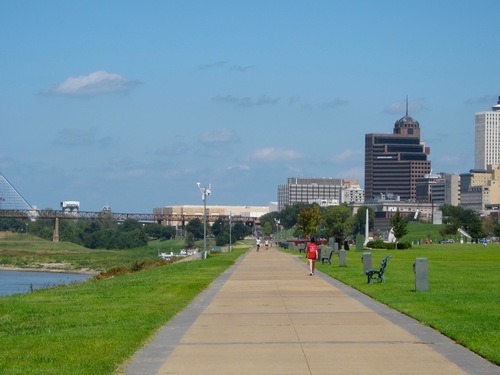